I'm pleased to report that the leg is much better. The blister has scabbed over and there's pink skin under and infection seems very unlikely at this point. Unfortunately, she's come down with a chest cold and has been less than pleasant to be with most of the day. I have deep stores of patience, but even so I find that I'm being tested pretty sorely these days. I try to come up with new activities to entertain her during the day and our latest success was a pan of dry rice and various scooping and pouring tools. Yesterday we were invited to a birthday party for one of the elementary girls, Kayla and Julia had a great time playing at her house! Today we will go to another birthday party! Yay for birthdays!

A weekend in Aniak

On Friday, Dave and Julia and I went back down to Aniak so that Dave could take more Praxis tests, seeking to add to his expanding collection of certifications. We went by airplane, a tiny little thing that would seat perhaps 5. Julia was impressed with watching the plane land, but didn’t have much to say on the flight itself. It was quite bumpy from strong winds, and mercifully only lasted about 10 minutes! Dave saw moose, but I didn’t understand his hand signals (pointing at his head and the ceiling) and I missed them. (This is the story of my Alaskan life. Have I seen a moose outside Anchorage? No. Have I seen a bear? No. Have I seen a wolf? No, though that one I’ll be fine to skip.) We stayed with Mike and Dolphin again, and Julia was quite pleased to be back in the house with a dog and chickens and a fire and a baby in a belly) Dave took his test first thing, so we had the rest of the weekend for fun. 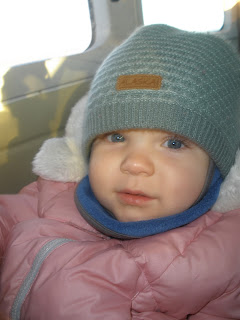 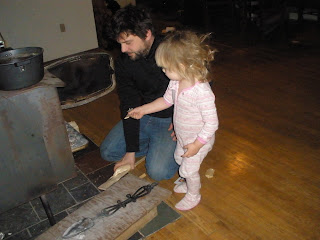 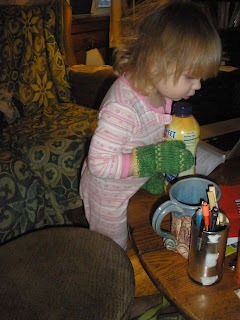 The Kuskokwim 300 was happening. It’s a 300 mile dogsled race from Bethel to Aniak and back. The mushers stop in Aniak to check in and rest, if they want to. Some big name dog mushers participate, with a winning purse of $20,00 down to a last place prize of about 1,500The video is of the leader arriving. A few minutes later two more teams arrived right on top of each other and for a minute, there was a little glorious chaos of dogs heading here and there and starting off again before someone had been told to hold onto them. One musher was taking his mandatory 6 hour rest, but most of them had done so at the last stop. Julia was pretty excited to see the dogs but equally excited to run around with people her size. That night, a family we know from the school district came over with their two children, about 8 and 10. Julia was ecstatic! They ran back and forth in the house about a million times and everything they did made Julia laugh and laugh. 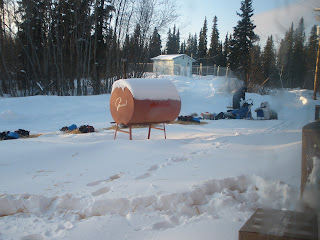 a video of Julia taking her baby to the potty

Getting settled in Chu 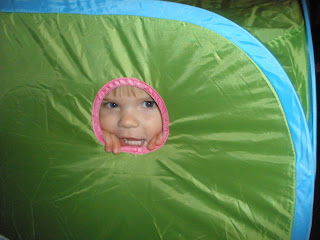 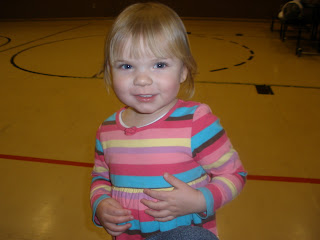 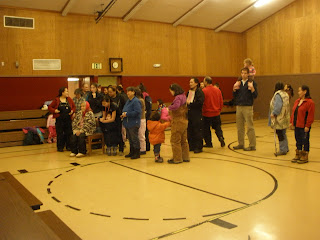 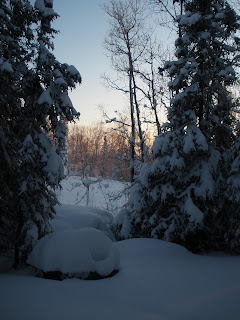 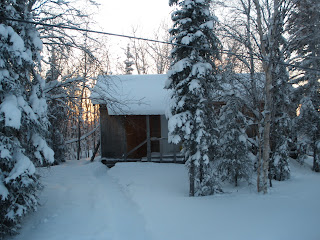 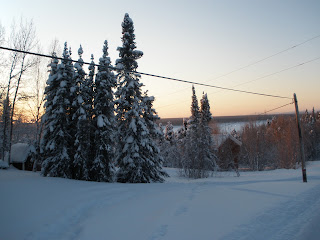 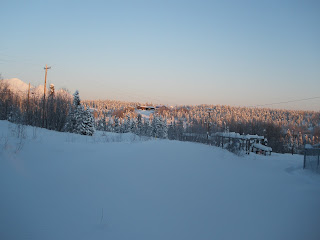