So here we be, on Lopez Island. Life is more settled than a month ago, to be sure, but I'm still not feeling comfortable here.
Some basic challenges:
The ferry. $50 round trip for a car and driver, $12 or so for a person walking on. 45 minutes ride plus any varying amount of time spent hanging around waiting for departures, which average every 4 hours but are not evenly distributed through the day. Holidays and summer can see full ferries which mean more hanging around waiting for the next one. the scenery is pretty, if it isn't foggy. puzzles are provided for entertainment.
The housing. we're renting a furnished condo, which is fine, nice enough and ok. but it's not home or anything close to home-like as there's no room for me to add in our stuff and no storage whatsoever to put away any of their stuff. Also, we can only rent until may, at which point summer rates kick in and will bankrupt us quickly. Also, the baby is due in April, which means I have a strong urge to get settled somewhere. soon. There's not much available to rent, and we are told that most deals happen word-of-mouth. So I'm struggling to be patient, and we tell pretty much everyone we meet that we are looking for a rental situation.
The prices. While nothing at all like the cost of living in bush Alaska, the food at the local supermarket runs a bit pricey and the produce at the farm stands is astonishingly expensive. We've signed up for a quarter of local, pastured beef, but anticipate paying about $500 for it. Chickens can be purchased locally but at a self-imposed sliding scale fee of $4-8 per pound. I am so put off by the stigma of requesting the cheapest price and also put off by the idea of paying more than $4 per pound of chicken, even local chicken that I can't get it together to sign up at all.
The phones. cell phones get little to no reception on most of the island. We bought a "booster" which does indeed boost the signal, but is limited to our house. So we are paying cell phone rates for essentially landline usage. We could give the phones up, but the usefulness of having them while off island is enough for now that we keep them.
Some good things:
Preschool. Julia goes tuesday and thursday from 9 to 12 and loves it. the very first day I stayed with her and did my monthly parent volunteer day, which consisted of cleaning, providing snack, and light supervision of kids. Since then she's gone by herself and has shown little anxiety about the separation. two days a week costs us $95 a month, which is pretty dang good as far as preschool rates go. Julia has become a lot more content since preschool started. She's always had a strong social urge and this opportunity to play with kids is critical to her general happiness.
A friend. Crystal and Anthony and their 4 boys under the age of 7 moved here the same time we did, from upstate New York. Anthony teaches at the school and Crystal is home right now with her two youngest. One of the boys is 3, and he and Julia get along great. It's super nice to have someone with similar aged kids who can relate to the trauma of moving! They are the only really friendly family I've met so far, so I'm grateful they exist!
Beaches. two blocks away is the nearest beach and the island is littered with them. The one closest to us is a great spot to find beach glass and I've got a large bowl filled already. Julia collects shells and little crab skeletons. Sometimes we see seals in the water. No whale sightings yet, though they are supposed to be out there. 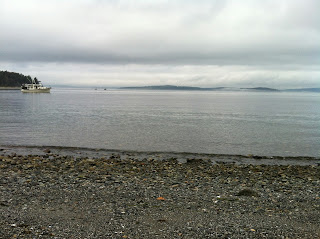 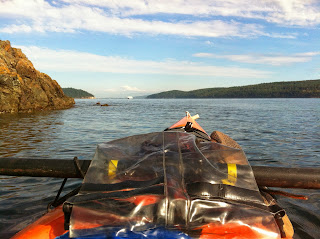 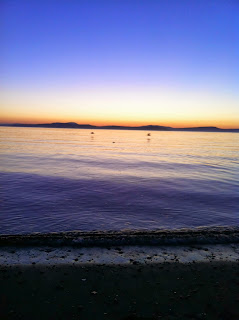 Here's the end of mosier pictures: Dave is up at Lopez for all of August, and Julia and I are home in a mostly empty house waiting for our condo to open up. 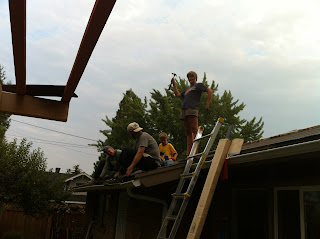 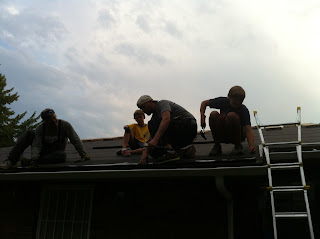 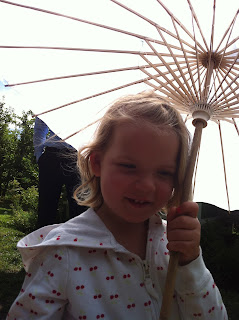 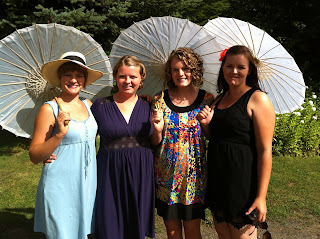 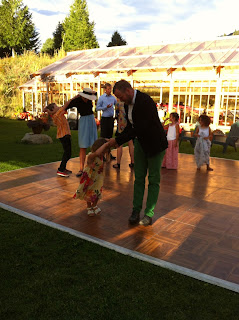 Then most of my family left, save for my mom who cleaned and packed and cleaned some more for me until we were ready to leave. I got a hitch installed on the subaru and hauled a trailer up to Mount Vernon. Dave met me at Grandpa Dave's and we unloaded the trailer, and re-loaded the car and a van and that night got on the ferry out to Lopez island. The rest is for the next post.
Posted by Mary at 4:57 PM 4 comments: